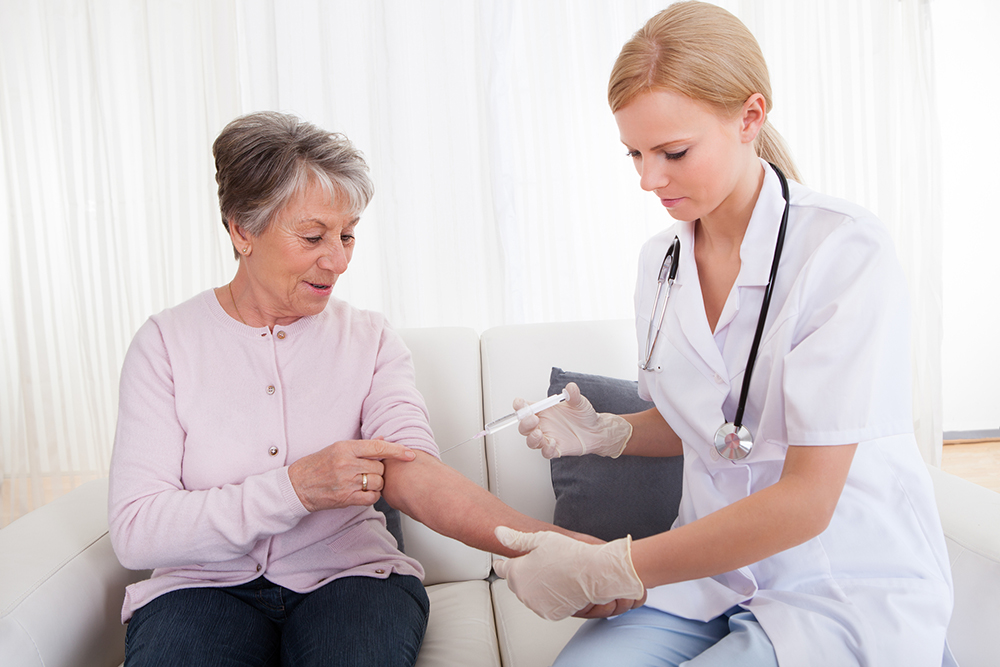 This month there are three major national awareness campaigns. Senior Citizens are more susceptible to complications from certain diseases, so it’s crucial for caregivers to be aware of the risks and symptoms.

August is National Immunization Awareness Month. Older adults tend to have weaker immune systems; t, Senior Citizens are more likely to develop infectious diseases. A lower protective immune response also means the vaccines are less effective for older adults. In some cases, a higher dose vaccine is available for people over the age of 65. Talk to your doctor about which vaccine is right for you.

Each August, the American Association of Neurological Surgeons hosts an annual Neurosurgery Awareness Month. During the month, the goal is to disseminate knowledge about neurological conditions to the public. Senior Citizens are at a higher risk for several neurological diseases such as epilepsy and dementia.

Occurrences of epilepsy are higher later in life. Epilepsy is a neurological disorder with recurrent seizures due to abnormal electrical activity in the brain. Seizures in Senior Citizens can be particularly challenging to diagnose. Seniors rarely have convulsive episodes; instead, the symptoms are more subtle. They might suddenly become anxious, be unaware of their surroundings, or just stop and stare. Moreover, these symptoms may be mistaken for dementia, depression, or a normal part of aging. Caregivers should watch for these symptoms:

The National Psoriasis Foundation (NPF) is raising awareness during Psoriasis Action Month. Psoriasis is an immune-related disorder that leads to raised, red, scaly patches on the skin. It affects over 8 million Americans. Up to 30 percent of people with psoriasis also develop psoriatic arthritis, an inflammatory joint and tendon disease. Some people suffer from psoriasis all their lives, and others develop the disease later in life.

Those with life-long psoriasis may need to change treatment as the body ages. Talk to your doctor about changing medications after the age of 65. Caregivers should also be on the lookout for so-called “elderly-onset psoriasis.” Watch for these symptoms:

Do you want to make a difference in the lives of Senior Citizens? Anita’s Angels looking for Certified Homemaker-Home Health Aides to help our Seniors live healthy and independent lives. Learn more about our employment opportunities by either checking out our website or give us a call at 908-788-9390. We are Families Helping Families!