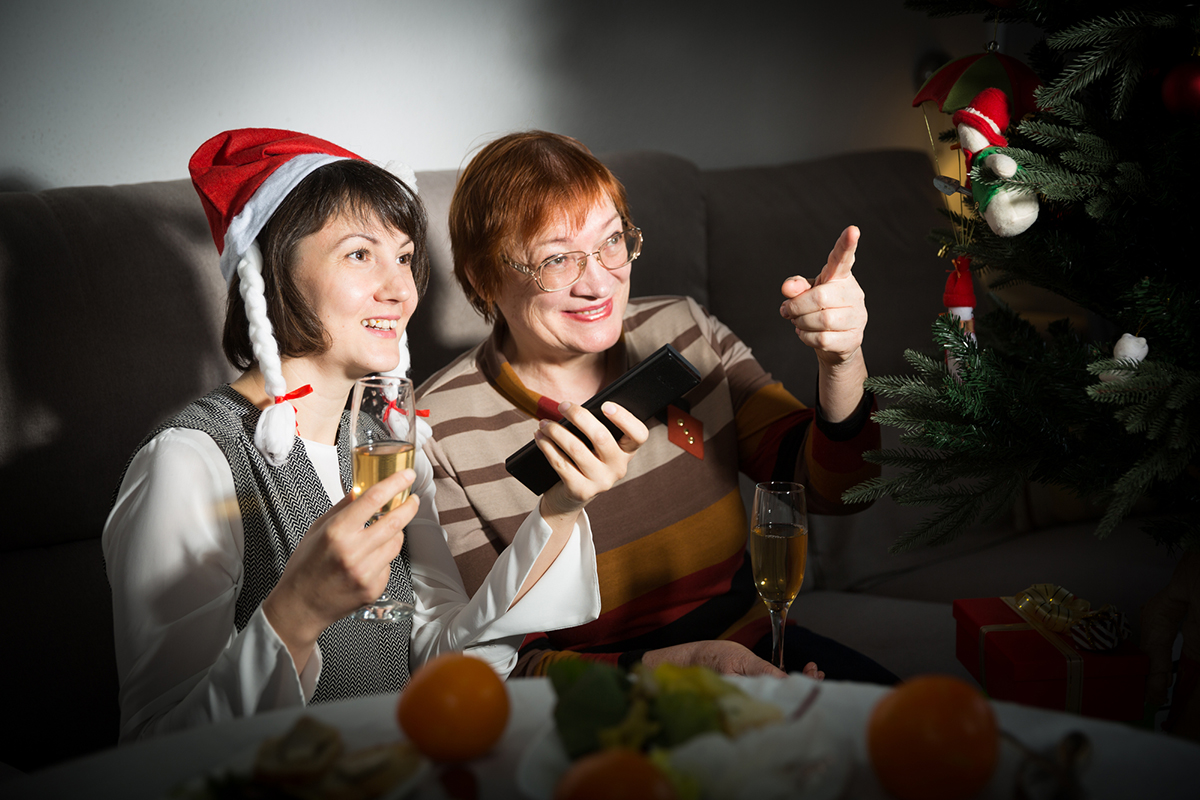 Imagine settling down on a cold winter night with a cozy blanket and a bowl of popcorn. Cuddle up with the family to watch a classic holiday flick. Christmas movies are a much-loved tradition of the holiday season. There are a lot of films out there to choose from. We’ve compiled a list of our top 10 holiday movies that appeal to children and Seniors alike.

4. Home Alone — When 8-year-old Kevin is accidentally left behind over Christmas vacation, he must defend his home from burglars.

5. A Charlie Brown Christmas — In this classic Peanuts special, Charlie Brown is scorned by his peers for selecting a small drooping tree for this year’s pageant. Charlie Brown and his friend, Linus, give up commercialism and help their friends learn the true meaning of Christmas.

6. Christmas with the Kranks — Empty-nesters, played by Tim Allen and Jamie Lee Curtis, book an island cruise for Christmas but their plans change when their daughter returns home for a surprise visit.

7. Rudolf the Red-Nosed Reindeer — This classic stop-motion animated film features a young reindeer who is mocked for his shiny nose. Rudolf teams up with other outcasts to save Christmas.

8. The Polar Express — In this computer-animated film, a young boy rides a magical train bound for the North Pole on Christmas Eve.

9. White Christmas — In this classic musical, a pair of World War II veterans become a song-and-dance act after the war. They team up with a sister act to save their former General’s small Vermont inn.

10. It’s A Wonderful Life — George Bailey spends his life faithfully running his father’s company and serving his community. When financial problems lead George to contemplate suicide, his guardian angel shows him what life would be like if he were never born.

Family Holiday Movies During the Time of COVID

Some families may not be getting together with their Senior loved ones this Holiday season. Technology offers several ways to watch movies together even when you’re far apart. All major streaming services (e.g., Netflix, Hulu, Disney+) have their version of a virtual watch party. In order to participate in one of these streaming services, all watchers need to have an account. The third-party app Scener (www.scener.com) lets you create a virtual movie theatre with most streaming services.

At Anita’s Angels, Inc., we like to help families come together for the holidays. We are Families Helping Families. Call 908-788-9390 to learn how our family can help yours.