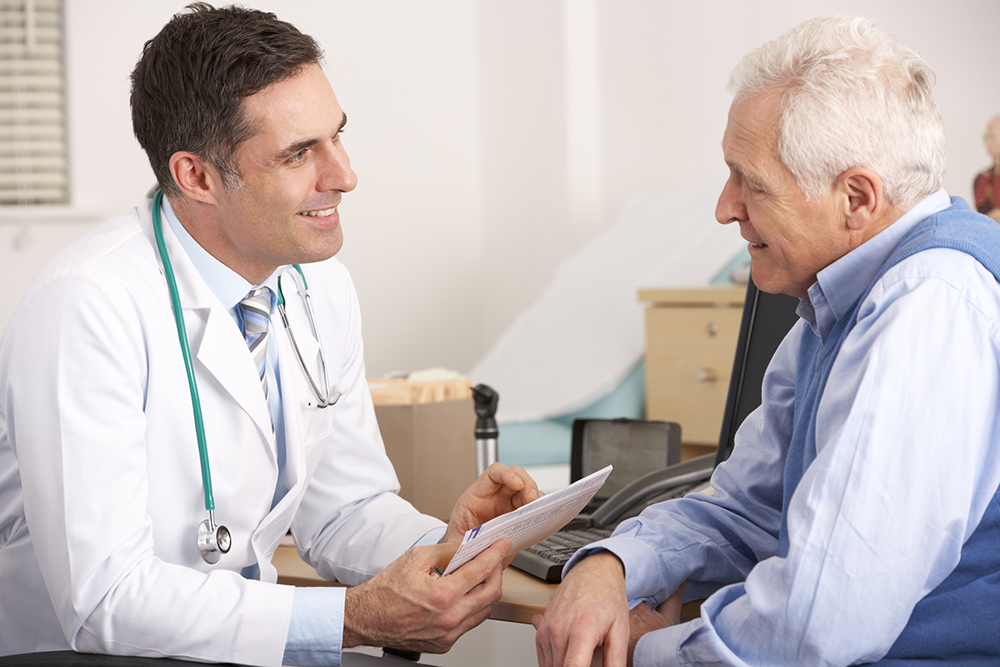 September is Prostate Health Month, a time to raise awareness about prostate-related diseases, such as cancer, enlarged prostate, and prostatitis. The prostate is a small gland that surrounds a man’s urethra. Several prostate-related illnesses affect men, and advanced age is often a risk factor.

The most common cancer in men is prostate cancer, which kills over 30,000 men in the United States each year. Prostate cancer can be treated when detected early. Men 50 and older should talk to their doctor about prostate screening options.

Early stages of prostate cancer do not cause symptoms, which is why screenings are so important. As the disease progresses, symptoms may include:

Another prostate-related illness is benign prostatic hyperplasia (BPH). Also known as enlarged prostate, BPH is a common condition associated with aging and male hormone changes later in life. More than 50 percent of men in their 60s have an enlarged prostate. The number jumps to 90 percent for men over 80 years old. An enlarged prostate may lead to uncomfortable symptoms such as frequent urination, incomplete emptying of the bladder, a weak urine stream, or difficulty starting urination. Men with BPH may be dealing with these symptoms of an enlarged prostate for the rest of their lives.

About half of all adult men are treated for prostatitis sometime during their life. Prostatitis is an infection that leads to inflammation of the prostate. Having BPH increases your risk for prostatitis. Other risk factors include a recent bladder infection or having sexually transmitted diseases such as chlamydia or gonorrhea. Some men also develop the condition after an injury to the lower pelvis. Symptoms of prostatitis are similar to those of BPH and prostate cancer. They can include:

Consult with a doctor if you or a loved one has any symptoms of prostate-related illnesses. By raising awareness, we hope to start a conversation about prostate health and encourage men to learn more about screenings and early detection.

In-home care can help senior men live healthier and more independent lives. We are Families Helping Families. Give us a call at 908-788-9390 to learn more about our services.